You may have wondered if using the cash envelope system would help you get back on track, but thinking about budgeting and doing it are two totally different things.

Creating a budget requires proactive work on your part, including tracking your expenses as you go and in real-time. You also need to have some sort of system that prevents you from spending more than you planned, which can be challenging to do if you’re using a debit card or credit card each month.

One solution — the cash envelope system — may be exactly what you need.

With the cash envelope system, you take the time to set clear limits on how much you will spend in discretionary categories. You also stop using credit and debit cards, which makes it far too easy to spend more than you planned.

Maybe you’ve tried it and thought, “the envelope system is really difficult to manage.” And perhaps this article will make it easier to understand.

If you’re hoping to improve your finances, switching to the cash envelope system may be the way to go.

Before you dive into the process, however, it helps to have an understanding of everything that’s entailed.

The Cash Envelope System  — How It Works In a Nutshell

The strategy of the cash envelope system is simple.

At the end of the month, you’ll plan out your spending for the following month. Planning recurring bills like your mortgage, car payment, as well as fluctuating categories like groceries, restaurant spending, entertainment, and transportation.

From there, add up all the monthly expenses and compare it to your monthly income.

And don’t forget those periodic expenses.

This is also the point where you’d look for areas to cut your spending compared to past months.

For example, your credit card statement may show you have been spending $1,000/mo on food and $500/mo with friends.

At that point, you may decide you’ll skip going out to dinner for a few months and make all of your meals at home, ultimately cutting this category down to $700 per month.

Related: My Food Budget Is Out of Control

And the same is true with entertainment.

If you’ve been spending $500/mo with friends or entertaining, you might decide to cut that amount in half.

By doing so, you would free up some newfound cash to save or throw toward high-interest debt.

Hopefully, you would have some money left over to save and invest each month as well. Either way, the end result is the same.

The cash envelope system asks you to start each month with the cash you need for discretionary spending categories like groceries, dining, entertainment, and clothing in an actual envelope.

As the month goes on, you’re expected to spend money in each category with the cash from each envelope until it’s gone. Meanwhile, the rest of your bills would be paid out of your account like normal.

In this example, the family brings in approximately $5,850 per month.

Because they cut spending on food and fun, they freed up extra cash to pay toward their credit card bills as well as $500 to put in a high-yield savings account.

Advantages of The Cash Envelope System

The situation above may seem like an easy fix, but you have to remember that some upfront grunt work is involved any time you start trying to budget your money for the first time.

You’ll have to track your spending from the last few months to see where your money has been going for starters, but you’ll also have to spend time thinking up spending category limits you can live with.

Once you start using this system, however, the benefits can be substantial. For example:

Finally, don’t forget that the cash envelope system makes you do something else  — it forces you to track your spending and finally create a monthly budget.

Like it or not, having an idea where your money is going is the best way to start making better decisions for the future.

Using budget envelopes, you’ll instantly become more intentional in how much you spend in categories you have power over.

Where The Cash Envelope System Comes Up Short

Unfortunately, there are a few areas where the cash envelope system can leave you in the lurch.

For starters, carrying around wads of cash can be downright unsafe, and not everyone carries a purse or wallet that will hold several envelopes filled with money.

And this may be a positive for you, but the cash envelope system can easily leave you going without for a good part of the month.

If you spend your entire grocery budget by the 20th of April, for example, you may wind up eating freezer food until the next month comes along or pulling from another envelope.

Another downside of the cash envelope system is that it can be difficult to navigate when you have several spenders in your family.

Imagine both you and your spouse do the grocery shopping each month. Which one of you holds the cash envelope with the food budget for the month? And how will you get it to your spouse when they need to pick up milk on the way home?

Finally, the cash envelope system can be downright confusing even if you do it alone.

Imagine you do most of your shopping at Target, for example. You might spend some money on groceries during a trip to the store, but you might also pick up dog food and a prescription from the pharmacy.

The cash envelope system would require you to figure out how much you spent from each discretionary category then move money around to reconcile your budget for the rest of the month.

Using cash envelopes sounds good in theory, but there are definitely a few hurdles to overcome when you try to implement it in the real world.

It might make sense to use a variation of the cash envelope system that uses technology instead of physical envelopes for budgeting.

With a subscription from Qube Money, for example, you’ll use digital cash envelopes along with a debit card and a mobile app.

That way, you’re spending money you planned to spend and only up to limits you decide on ahead of time. The big difference is, you’re doing it with a debit card instead of lugging a wallet stuffed with cash around.

The cash envelope system can work, but taking the system online definitely has its perks.

Not only will it help you prevent having to deal with a ton of cash each month, but it can help you limit spending in categories like groceries and entertainment that tend to plague families the most.

Best of all, you’re forced to make decisions about how you want to spend your money. Over time, the small actions you take to spend less and save more will add up. 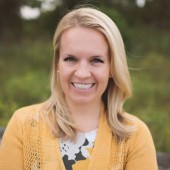 Holly Johnson is a financial expert and award-winning writer who blogs at ClubThrifty.com and teaches others how to write online at EarnMoreWriting.com. Here she talks about her passion for frugality and offers her advice on smarter money management.